Sani Goriola Wasiu who is professionally known as Lil Frosh or Eruku Makanaki is a Nigerian singer and songwriter. He was born on the 13th of June, 1998, and hails from Lagos State, Nigeria.

Lil Frosh alongside his good friends Zinoleesky, Ibradosky, and others started pursuing music at a very young age. Lil Frosh stole the spotlight after he released an impressive freestyle tagged ‘Firi Yahoo’ and the freestyle went viral online. He was showered with praises and accolades online and his video was reposted by big blogs and celebrities on IG.

The freestyle caught the attention of Small Doctor who offered to be on the remix and the song prospered even further.

On the 24th of September, 2020, following Davido’s fallout with Aloma DMW, Lil Frosh decamped from AMW and signed fully to DMW. 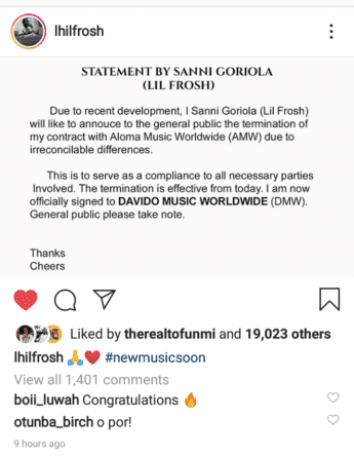 On the 6th of October, 2020, Davido terminated his contract, citing domestic violence as the reason. 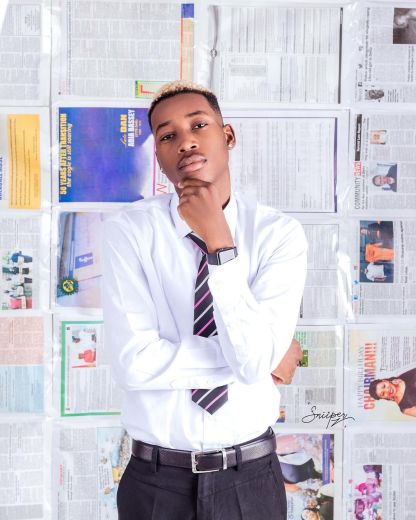 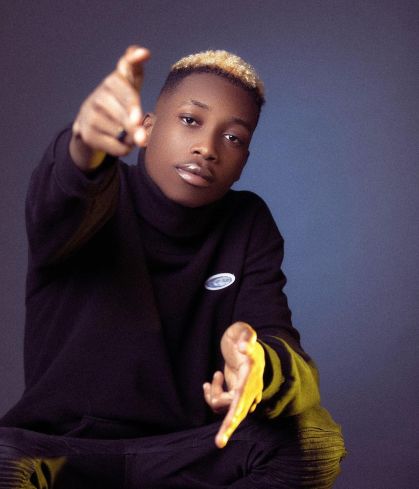 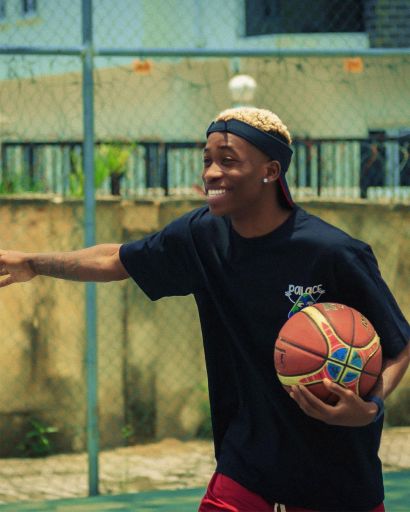 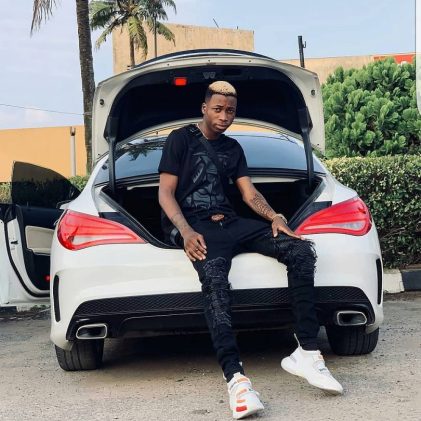 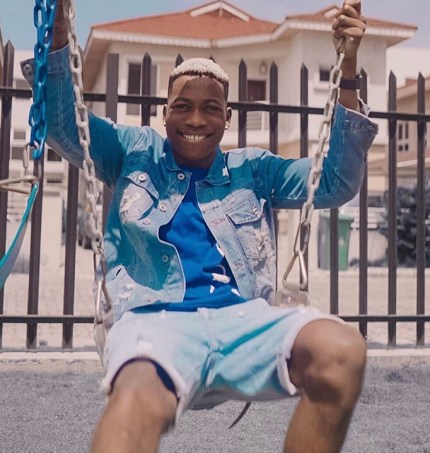 Lil Frosh’s career hit rock better after his ex-girlfriend, ThaCuteGeminme took to Instagram to accuse him of constantly beating her and she even posted injuries she sustained due to his constant violent behavior.

Following the domestic violence controversy, Davido terminated Lil Frosh’s contract with DMW. Davido took to Instagram to announce the contract termination on the 6th of October, 2020. 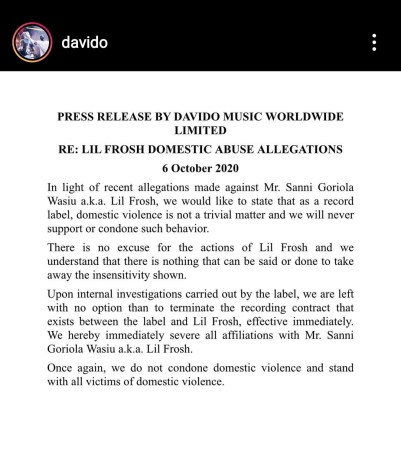 Lil Frosh was later arrested by the Nigerian police and remanded in police custody for trial.

You can connect with Lil Frosh on various social media platforms through the usernames given below.